Single Bevel Vs Double Bevel Miter Saw: One Is More Suitable for Beginners 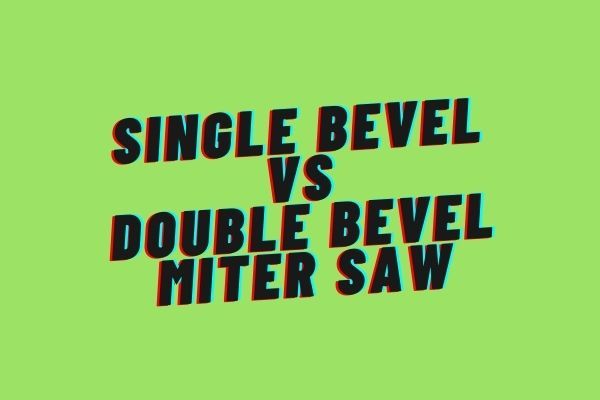 In the coming sections, we’ll compare single bevel vs double bevel miter saw. So if you’re considering buying one of them, then read on to see the features and best usage of each.

Miter saws are the ones famous for making clean angled cuts across the face of a wooden piece. Adding bevel-cutting capabilities means being able to tilt the head of the saw to make an angled cut across the thickness of the piece as well.

A lot of folks think that the main difference between single and double bevel miters is the extra convenience that double bevels provide. However, there are several other areas where these miters differ.

Single bevel miter saws typically lean to the left side, as the head is movable along with a scaled pivot. Usually, it goes from 0-45 degrees. If you need to cut the other side of the piece as well, then you have to flip it on the other side, clamp it, and start cutting.

With a double bevel miter saw, you wouldn’t need to remove the piece and change its orientation. That’s because the head leans both left and right.

The added convenience and time economy are quite clear. But that’s not all there is to it.

The compound single bevel miters are significantly smaller in size than the double bevels. This makes them easier to place on a bench or any available counter space. On the other hand, the larger double bevels usually need a dedicated miter station.

In terms of weight, single bevels are lightweights in the range of 25 pounds, while double bevels could reach up to 100 pounds. These devices aren’t that easy to carry around.

Single bevels are simple power tools compared to double bevels. And that naturally reflects in the prices as well. You can get a decent single bevel anywhere from $150- $500. As for the double bevel miters, you’d need to shell out anything from $300-$900 for a good model.

Following the right safety procedures while using any miter saw is necessary. However, double bevel miter saws have extra mobility, and the moving blade can work on either side of the operator. This creates two things:

Both are hazardous situations, and the operator needs to be fully aware of hand placement while working with a double bevel miter saw.

This is slightly different from the bulky and sophisticated double bevels, where more skill is needed. And the ones with extra features naturally require even more dexterity for proper handling. 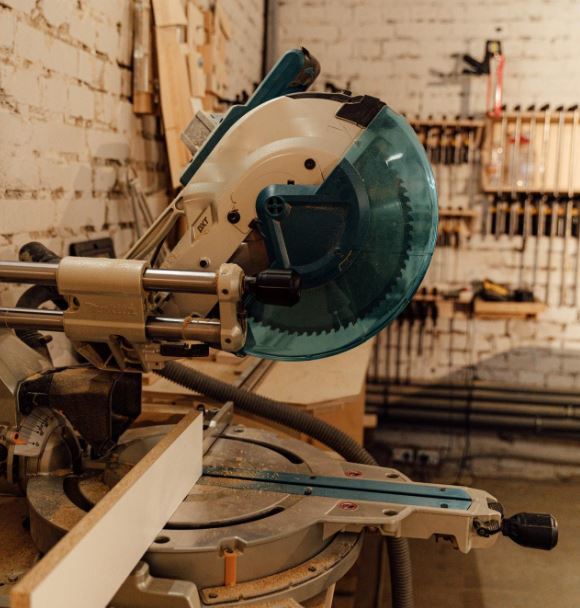 Even though miter saws are made for making angled cuts, they’re more often used in crosscuts. Especially, if you need repeated cross cuts of similarly sized pieces. This applies to both single and double bevel models.

A compound single bevel miter saw is often quite suitable for domestic usage, DIY projects, and small workshop woodworking requirements. Making frames, baseboards, and fixing porches are among the popular applications that make good use of a compact miter.

The smaller blade sizes of 71/2 and 81/2 inches are useful in light woodwork or cutting plastic pipes. So if that’s all that you need to do, then don’t bother yourself with a larger saw. However, if you occasionally need to cut larger wood pieces, then consider adding a bit more cash and upgrading your toolbox.

The bigger 10 and 12-inch miters are more popular, and they can handle much thicker wood pieces. They can be used in massive woodwork as well as home usage. The DEWALT Single Bevel Compound 10-Inch Miter Saw is among the finest specimens in the market.

A double bevel miter saw is a big and mighty power tool that quite often comes loaded with bells and whistles. This saw is up for handling larger pieces, and it’s made for more accurate cuts. It’s quite common to see laser guides, sliding action, much larger tables, and better safety options with these devices.

It would be a rare event to see a double bevel miter saw with a small-caliber blade. The 10-12 inch blades are the norm among woodworkers, and they’re used for more professional applications and construction work.

Some of the projects where a double bevel would be the right choice include crown moldings and baseboards. Both of which need high precision and a device that saves time. A good example is the BOSCH 12 Inch Dual-Bevel Sliding Glide Miter Saw.

Here are some of the common questions we often get about miter saws and our best answers to them.

Do I need to readjust the scale every time I use the miter saw?

You need to verify the positive stops of the scale, but not every time. A periodic check is often sufficient. And if you’re using a portable model, then check before using it onsite and another time when you get back to the workshop.

You should always check the manual for the proper adjustment procedure.

What is the basic maintenance checklist to keep a miter saw in good working condition?

Saws aren’t too demanding, and a few regular actions can extend the longevity of your device. More importantly, it would keep you safe.

Keep the blade sharp, and replace it when it’s worn out.

What is the best miter saw for a DIY enthusiast?

The Metabo HPT 10-Inch Compound Miter Saw is among the best choices for woodworking enthusiasts. For starters, it’s the rebranded Hitachi brand, and it’s quite popular among users.

This saw is a single bevel miter powered by a 15 amp motor. It has a miter angle range from 0-52 left and right, and a bevel range of 0-45 leaning left, which is quite convenient. The whole device weighs around 24 pounds which makes it fully portable.

Finally, it comes at a great price, well below $150, which fits easily within the budget of a DIY enthusiast.

Both single and double bevel miter saws will get the job done. But one is more suitable for domestic and beginner woodworking, while the other is the better choice for professional-level work.

That was a detailed comparison between single and double bevels miters. Hopefully, it would help in pointing you in the right direction.