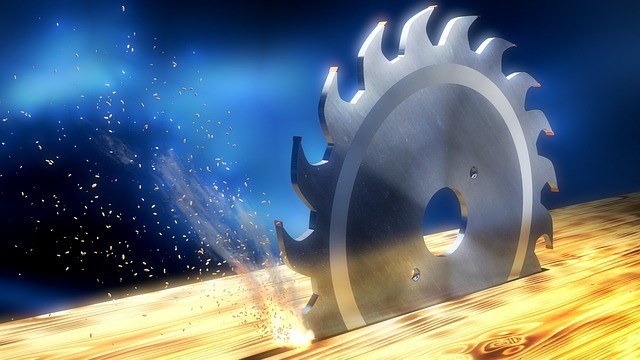 In today’s article, we’ll put the miter saw vs chop saw in a brief head-to-head comparison. This can help you figure out the differences between the two and determine the suitable saw for your project. So without further ado, let’s dive in!

For the untrained eye, both miters saws and chops saws may look like they’re the same thing, as they both include a pivoting arm used to control a circular blade.

However, it’s pretty easy to understand the difference between the two once you know what both of them are actually used for and what they do, and that’s where we hop in for the help!

On This Page
Miter Saw Vs Chop Saw
Miter Saw
Video: Chop Saw vs Miter Saw
Can One Saw Do the Other Saw’s Job?
Top Miter and Chop Saws Available on the Market
Best Miter Saws
Best Chop Saws
Conclusion: Which One to Pick?

As previously mentioned, the easiest way to find out the difference is by knowing more about each one of them and what they’re used for. So, here’s a brief round-up of both miters saws and chop saws: 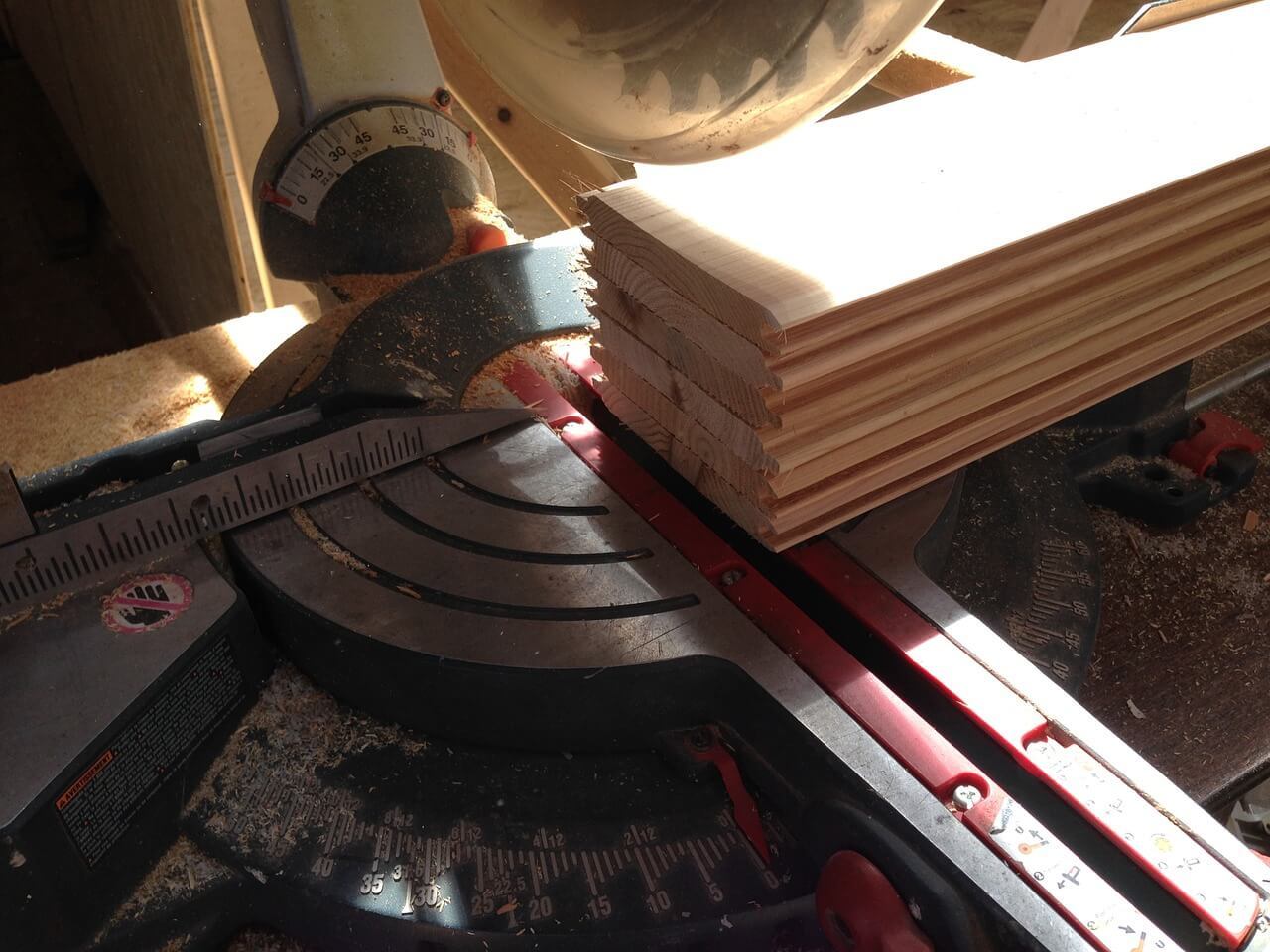 Miter saw is composed of a pivoting arm that drops down vertically to cut from top to bottom and a spinning circular blade.

One of the main distinguishing features of the miter saw is that their blades usually range between 7 1/4 to 12 inches, making them slightly smaller than the ones used in chop saws. Also, the blades usually have teeth on them, which is another characteristic feature.

This is because the miter saw is a precision tool that enables you to cut miter cuts as well as beveled crosscuts, which is where the name “miter” comes from.

This means that it delivers a high level of repeatability by swinging either to the left or two the right to make these compound cuts.

However, in some modern designs, the miter saw is designed with a dual bevel, allowing you to swing left and right. These high-end miter saws save you the headache of flipping your project to cut in the other direction.

The main advantage of a miter saw lies in its ability to cut precisely and make bevel cuts. For that reason, they’re specifically used for delicate, complex, and detailed cuts on wood materials.

They’re also lightweight and portable, which makes them easy to transport to where the project is.

The main downsides of miter saws are that they can’t be used with materials other than wood, so they’re not the tool of choice for cutting through metals or doing fine work on them.

Moreover, they’re typically restricted to the small size of their blade and run a little bit pricier than chop saws. 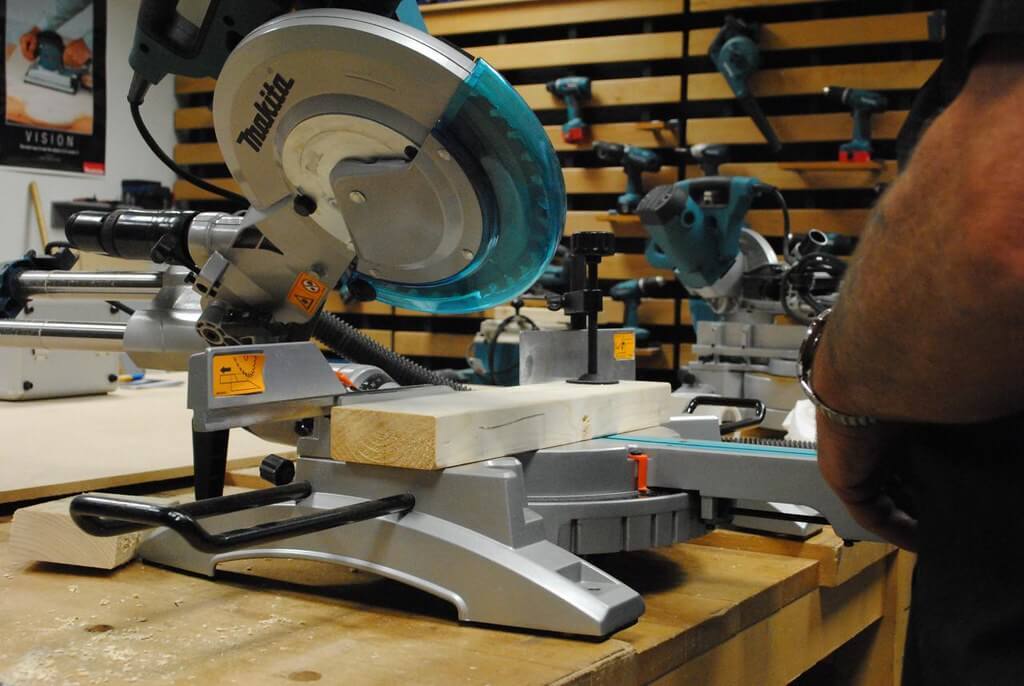 Structure & Design
At first glance, the design of a chop saw is basically the same. This one also has a spinning disc-shaped blade on a pivoting arm.

However, the blades here replace the teeth with an abrasive coating of diamond that makes it cut through almost anything!

Unlike the miter saw, this saw isn’t designed to cut at any angle other than 90 degrees, so it won’t incline left or right.

As you can notice, chop saws are meant to cut straight into materials, so they’re not used for precision but rather for sheer power. This is why they can also be used to cut through metal.

Another distinctive difference between the two blades is that the ones used in chop saws are typically larger, ranging between 12 to 15 inches.

Function and Advantages
Since a chop saw technically has one job to do, it’s unrivaled at it. They’re used to make easy work of materials, and whether they’re wood, metal, composite, masonry, you name it!

The machine relies on brute force and is capable of cutting through the toughest materials with ease and producing extremely precise 90 degrees cuts.

Downsides
Since the chop saw is specifically designed to work in 90 degrees only, you won’t be able to make any bevel cuts with them. They’re generally less precise than miter saws and much heavier to carry or move around.

Can One Saw Do the Other Saw’s Job? 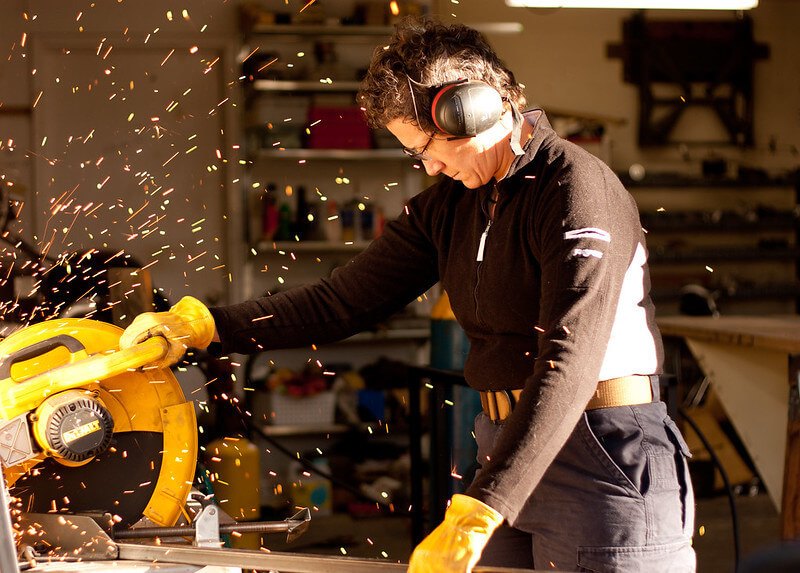 Now that you know more about the two saws, you might be wondering whether it’s possible to use either of them for the other’s job and how efficient the cuts would be. Let’s find out

Top Miter and Chop Saws Available on the Market

After figuring out the suitable type of power tool for your needs, you might feel overwhelmed with all the options available on the market.

To help you with the choosing process, here are our recommendations for the best miter saws and chop saws!

Conclusion: Which One to Pick?

There you have it! A complete guide that puts the miter saw vs the chop saw in a quick comparison, so you can figure out what to use each one of them for and the more suitable one for your needs.

As you can see, each one of these machines has a specific job that the other can’t do. However, if your work typically relies on making direct cuts to metals without complexity, the chop saw is the more suitable tool for you.

However, if you’re into the complex side of carpentry, where you cut wood in intricate and sophisticated angles, you should probably consider the miter saw.